Welcome to our very special report on competitive rowing! Today we take a closer look at the fellowship of the swing, also known as the team of oarsmen.

Team of Oarsmen – Some Figures

The Coxswain & The Grateful EIGHT

The rowing team’s commander who is seated in the boat facing the bow is called the COXSWAIN. Besides coordinating the strokes and steering, a Coxswain’s role is to provide motivation and encouragement to the crew. 16th century galleys also had such group motivators who were in charge of coordinating many dozens of semi-voluntary oarsmen. This drudgery was synchronized by means of pipes, drums or rhythmic chanting.

The A-Team of Oarsmen

Rowing has been considered a sport for over 3500 years. Since then, legions of championships (pun intended) have emerged. Here is our shortlist of famous oarsmen and/or -women!

Three Men in a Boat (To Say Nothing of the Dog)

Published in 1889, the story by Jerome K. Jerome centers around the shenanigans of three hypochondriac gentlemen and their not to be mentioned dog Montmorency.

Three Women in One Boat – A River Sketch

Written by Constance MacEwan, published in 1891 and out of print ever since. A book described by none other than Oscar Wilde as

«very clever, rather vulgar, and (containing) some fine examples of bad French».

Tom Ripley, both famous and infamous for his headstrong usage of the oar. 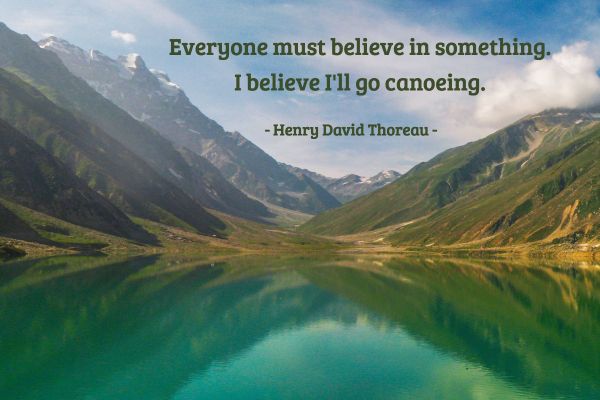 More like this
Towel Day - Celebrate the best Pieces of Fabric in the whole Galaxy!
New Scrabble World Champion is from Britain
Words with Letters in Order
Poem Up Your Life with Tongue Twister Poems

I am the author's death living proof ... Motto: Always look on the bright side... ...of the force!