As he told the Telegraph he didn`t believe he could win seven from eight games at the final day of the qualifying tournament. Scrabble enthusiasts from 30 countries all over the world sizes among them like Nigel Richards, Craig Beevers or Wellington Jighere played five days against each other round after round until the exciting final between Mark Nyman and Brett Smitheram both coming from Great Britain and both knowing each other for 20 years. Was Nyman still the producer of the British game show Countdown in which Smitheram was a candidate in December of 1997, just only with 17:

Nyman was his Scrabble idol as Smitheram now told the told the Press Association:

“When he interviewed me for Countdown he said ‘What’s your biggest aspiration?’ and I said ‘I want to win the Scrabble World Championship’.”

But let`s take a look at the words the 37-old Smitheram had used in the final the Scrabble World Championship 2016 against the 49-year old Nyman.

First, do you know what BRACONID means? It means “any of numerous wasps of the family Braconidae, the larvae of which are parasitic on aphids and on the larvae of moths, butterflies, beetles”.

GYNAECIA – Plural of gynoecium, the female part of a flower for 95 points
PERIAGUA – a Dug-out canoe used by American Indians. – brings him 76 points. 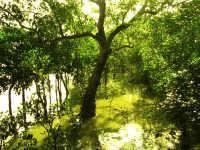 Other Words on the Winning Board

About the new Scrabble World Champion

Brett Smitheram indeed loves words as you could see in the video below. He told the Telegraph that he reviewed all seven and eight letter words in the English dictionary. Those are indeed round about 70,000 words. He said that it is important for such a tournament to stay fit with regular runs too. Smitheram from Chingford, London, works as a recruitment consultant and spends up two hours a day playing Scrabble ad learning words.

Just for Wordlover: Try our Quiz

Find more words to learn with our Scrabble Helper!

More like this
Team of Oarsmen
Scrabble words: Tactical Considerations with Owlets and Auklets
Playing Scrabble since He was Eight – Lewis Mackay from the UK