Any Apple fans around? Here we go with the real deal for iOS devices, the never-ending, unstoppable, ever-growing word game list for iPads and iPhones.

Unlike our Ultimate List, this one will only feature games, that are solely available on Apple’s operating system. 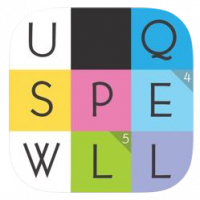 “Spell Tower” by Zach Gage ranks at number 13 in the word game category. Reason enough for us to take a closer look at the app.

The goal of this game is to eliminate words that are stacked as a word tower to prevent any of the letters to make it to the top row, since then the game is over. It’s like “Tetris” with words, with the twist that even more tiles rise from the bottom of the screen the more words you find.  To spice tings up, there are six game modes: The tower mode, the daily tower mode, the puzzle mode and extreme puzzle mode, the zen mode and the rush mode. Within those, there are relaxing and thrilling options, so there will always be a fitting game play available. Additionally, there is the super tower mode, a variant that is only playable on the the iPad Pro, however.

If your are both, a Tetris fan and a wordaholic, download the game for $2.99 and give it a try. 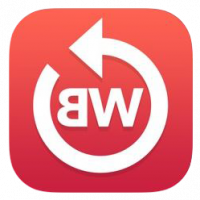 “BackWords” by “MFX Studios” takes a different approach to word games. What the app does is basically sdrow eht sseug meht tel ot sdneirf ot dnes nac uoy sgnidrocer drow eht gnisrever or – to make it easier to read – reversing the word recordings you can send to friends to let them guess the words.

But that is not all. After hearing the word played backwards the other player will try mimicking what they just heard. Subsequently, their recording will be flipped, allowing them guess your original word. Sounds like a guarantee to have some fun!

If you want to try it, download the game for free by clicking the link above. 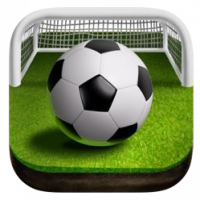 “Guess The Soccer Player” by “Wubu Apps Limited” combines two universally loved topics: football (or soccer for our American fellas) and word games. Based on photographs of football players you need to find the names of them. To make it a bit easier, the game provides a variety of letters, including the ones necessary to get the answers. The game is not only a fun way to pass time, it is also helpful to learn the names of the lesser known players. It might be even a great way to motivate your offspring to improve their spellings, granted they like football.

The app features past and present footballers from all around the world. There are five focus leagues: The English Premier League, the Spanish La Liga, the German Bundesliga and the American Major League Soccer.

Too easy for soccer fans, you say? Well, test your knowledge and download the game for free. 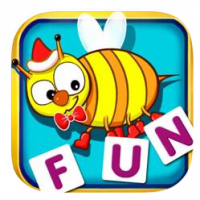 Speaking of offspring, “First & Sight Words” by Jia Ningrui is a spelling game for kids. It is not only entertaining, but educational too. It will help with developing fine motor skills as well as learning to recognize and match letters, but the children will also be able to recognize the sounds letters make, learn the names of them and of course learn how to spell words.

The words included derive from various topics: from animals to food to geography to astronomy and the app features different languages like English, Spanish, German. The game is recommended for kids above 4 years. If you want to try the app, download the game for free. Monthly and yearly subscriptions are available as well. Also, like with every game, please remember to monitor an adequate screen time. 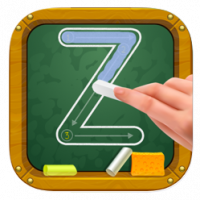 Another game for over four- year-olds is “My First Alphabet Phonics ABC” by “Moojoy” that focuses on the English alphabet. If your child is no longer satisfied with just singing the ABC song but is ready to learn more, the app might be the perfect solutions to fulfill your child’s curiosity.

Colorfully designed, the app teaches how to write and pronounce the letters of the English alphabet and differentiates between uppercase and lowercase letters. It also helps with the spelling of words and comes with vivid illustrations and an animated soundscape.

The game is free to download, but to remove the apps you need to spend $2.99.

That’s it! – for now! As promised, we’ll keep this list updated regularly, so feel free to check in whenever you want!

In the meantime, have fun playing!