Evan, it is very nice meeting you here at the MISO. Let us use the break for a little talk about you and your passion for Scrabble. Do you play in any local Scrabble Clubs?

I did when I lived in Toronto, before I moved to the US four years ago. So John Chew, who happens to be the computer genius behind this tournament, is also the co-director of the Toronto Scrabble Club and that’s where I started back twenty years ago. Unfortunately, where I live now in the United States no one else plays the Collins and there are not really any clubs in my area. So the only time I get to play live against other people is during tournaments.

So how do you manage? As you said earlier on, it is very important to play in between tournaments one-to-one.

Well, I have no choice. I mean I do play online a little bit, but that’s the extent of actual games I get in between tournaments and I play the mini tournaments.

“Getting more young people into Scrabble is a problem!”

Do you see any problems in the Scrabble community for now and in the future? I am thinking of the problem that fewer young players are entering the scene.

Yes, getting more young people into Scrabble is a problem. In North America there is a big enough school Scrabble scene and tournament scene for younger kids as they go through middle school, which is grade four to nine maybe. And some of them are actually transferring onto the club and tournament scene. It’s good to see that, it’s growing in North America at least.
But of course there are other issues in terms of dictionaries, because in North America there is predominantly the TWL Dictionary, the North American Lexicon, and Collins is the minority. I mean it’s growing a little bit at a time and we have a tournament coming up in a couple of weeks that has a couple of hundred people signed up. That is by far the biggest tournament played using the Collins Dictionary in North America. I won the tournament last year and that already had the highest number of players up to that point, with about 50 people. This year the prize pool also attracted international players, which is great; so good luck to me defending it. But I’ll try. 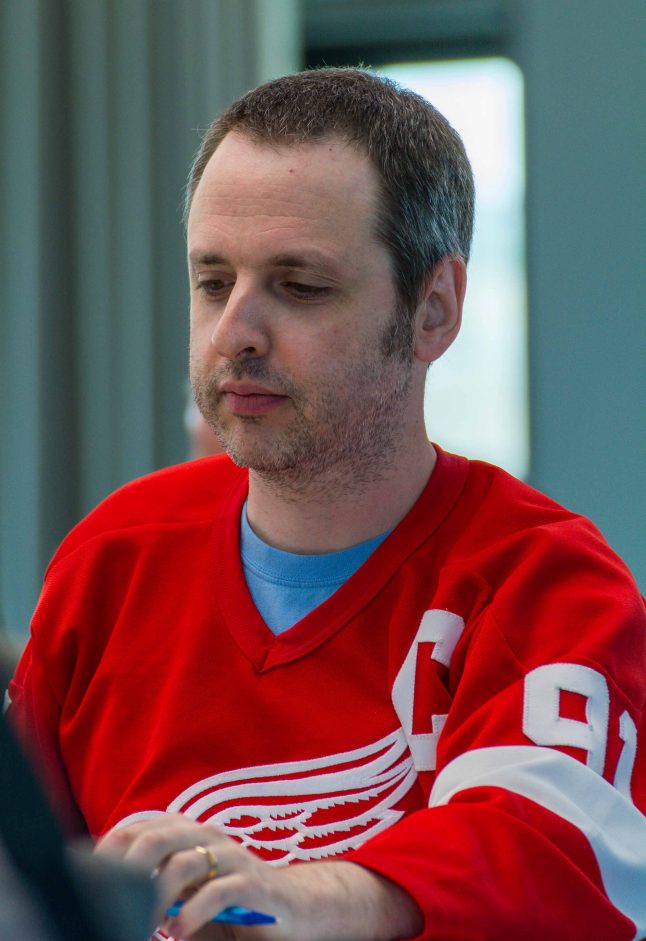 How Evan is Expanding His Scrabble Vocabulary

One more question that a lot of our readers are interested in is the training procedure of professional players. What does your training look like?

I study using Zyzzyva card box and I study pretty much the 7s, 8s, and whatever new 4s and 5s they added to the Collins Dictionary. That’s what I’ve been doing gradually for almost the last two years. It’s all of those things combined, they all come up in this quiz so it would be random based on how many and how often you got them right.
Originally when I used to play, I mean I used to play North American Scrabble, which uses the TWL Dictionary, from that I pretty much studied everything to the 8-letter words; and especially the long 7s and 8s a dozen times.
It takes a lot of hard work to be able to recognize them. Some people study using alphagrams, where they put the letter pattern in alphabetical order. That’s how they can recognize a word.
Now there are over 40,000 7s and 8s and people say to me: “Oh, you remember all these words?” and I say no, I can recognize the letter pattern based on the alphagram. There is a part of memorization, but most of it is pattern recognition.

That is something I recognized in a number of professional international Scrabble players as well. To maximize their vocabulary they stop studying words by their meaning.

Yes, some people actually start learning the words by knowing what the meaning is so they can associate it with that. Definitely the best way to start training is to learn all the 2s and 3s, because they also keep building blocks for making parallel plays. You have to know those. So when I first started playing 20 years ago, I pretty much went down to memorize all the 2s and then all the 3s took a little longer and that’s what I started with. From there I moved on maybe to the 7s and 8s, the more and higher occurring ones that came up with higher playability in Scrabble.
I mean you could do so much studying. There is a point where you can hit a level, but it might not translate to tournaments. Because you might not have been in tournaments before. Studying is the one part; the other part is actually starting to play games live against other people. That’s key, you know. The more practice and experience you get with that, the better you’ll be, because you will be able to learn from the mistakes you make in the game. At least I chose to do so. If you want to get better, you should.

To learn the 2s and 3s from the CSW15, we`ve got some articles for you on word-grabber:
Just take a look at the new three-letter words in CSW15 or at the new vowel dumps in CSW15 from 2- to 5-letter words.

Evan, thank you very much for this interesting talk! We wish you all the best of luck for the coming tournaments.

In the end it was Evan Berofsky himself who succeeded in winning the 10th Malta International Scrabble Open in a very exciting end game. Read more about the tournament and Evan’s play in our article about the MISO 2017.

More like this
Hit the High Score with the Longest Word in Scrabble
Playing Scrabble in Malta: The Malta International Scrabble Open 2017