Word Chums is a game developed and published by PeopleFun and unlike so many of their other games, is modeled after Words with Friends and Scrabble. The basic rules are the same, but there are a few significant changes that make Word Chums fun and unique. Word Chums also sports a great feature where you can play against an AI and choose your level and pace. This is great for players across the spectrum of experience to practice and really hone their strategies.

Do you need help by playing a game in Word Chums? Try our Word Chums Cheat. It will teach you new words and help you discover the proper strategies to gain the most points. Concerning the subject of our Word Chums cheat, however, it must be said that we based this cheat on the same dictionaries as PeopleFun did.

The first complaints about Word Chums’ incomplete dictionary came to PeopleFun’s forums in 2013, with the latest comments dating from late 2018. The posts list a variety of common words, like “zoo”, “zone”, and “gyoza” that were apparently not included in Word Chums dictionary. That said, I can now confirm that “zoo” is currently a word in the game. This fact clearly indicates that they have updated Word Chums’ dictionary since the complaints were made.

Furthermore, it is now officially 2019 and PeopleFun did give Word Chums a major update recently. Following the update, the complaints turned to new animations and pop-up tutorials that users found very irritating. There has been no mention of problems with the dictionary since the 2018 post linked above.

Handing Out the Same Response Every Time

The developers of Word Chums have been handing out the same response since the first complaint about the game’s dictionary: they’re working on it. They explained that they based their word list on the Merriam-Webster and Collins dictionaries. At the time they posted, they mentioned Wordnik.com and ENABLE2k as the word lists they used.

The only problem is that Wordnik.com is an incomplete definition list and ENABLE2k has no definitions at all. Being able to access word definitions is a feature of Word Chums in which the user can tap on a word and be presented with a pop-up definition of the word.

As such, PeopleFun emphasized that they would prefer to use proper dictionaries and are working on updating both the list of acceptable words and their definitions. In other words, PeopleFun would like their players to know that adding words is not as simple as adding suggested words to a huge list and that they are working on it.

Another mountain the developer must overcome before Word Chums will have a full and comprehensive dictionary is that they cannot simply copy Scrabble’s dictionary verbatim. Hasbro has long copyrighted the Scrabble dictionary and definitions; it would be a legal nightmare if they were to simply copy it for their own game.

Because of this situation, PeopleFun turned to the aforementioned word lists like ENABLE2k and Wordnik.com, both of which are free to use and royalty-free. Unfortunately, only Wordnik has definitions for their words and they are a non-profit organization – adding words is a slow process for them just as it is for PeopleFun, the developer of Word Chums, to add words to their game.

Once again, it is important to keep in mind that not only are the developers working on bug fixes, additional features, and plenty more, they are also working to clean up their dictionary to make it a comprehensive resource for all English players. All of which takes a lot of time, sometimes years.

ENABLE2k Is Not the Final Word Chums Dictionary

So you keep hearing PeopleFun (and I) throw around the word ENABLE2k, but what is it really? Well, as you might have gathered, ENABLE2k is a list of words created for puzzle word games like Word Chums. ENABLE2k is not a complete list of words and it does not include definitions. As such, ENABLE2k is a very good start for most word puzzle games, but it is by no means the final dictionary developers should be using. 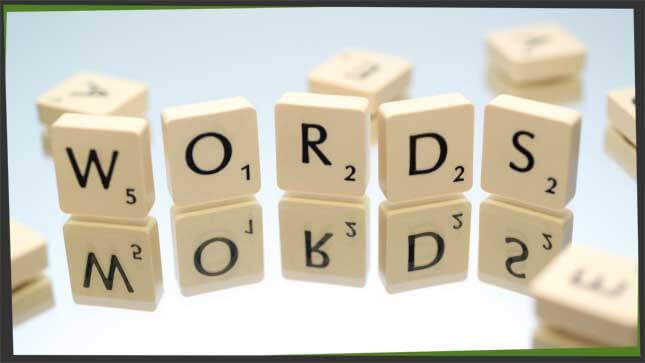 Furthermore, PeopleFun wanted Word Chums to have comprehensive definitions for each word in their game’s dictionary. For that, they need to write their own definitions based on already existing and copyrighted dictionaries like the Merriam-Webster and Collins. It’s a slow process, especially when they are keen on adding more modern terms, like WIKI or DEV, even though both words are technically abbreviations.

Word Chums Dictionary and the State of Confusion

Speaking of modern terms, Word Chums players might encounter a few words that don’t fit the rules or are not included in the Merriam-Webster or Collins dictionaries. More often than not, the more modern the word, the more likely it is to be an abbreviation or a noun. IFF, for example, is literally described in its definition as an abbreviation, but it’s still included in Word Chums’ dictionary.

Furthermore, the Merriam-Webster and Collins dictionaries insist that IFF is a “conjunction”, not an abbreviation. If only to further your state of confusion, the very definitions of both words are equally confusing. The difference between a conjunction and abbreviation is that conjunctions “join together sentences, clauses, phrases, or words”, but an abbreviation is “a shortened form of a written word or phrase used in place of the whole word or phrase.” Apparently, the main differing property lies in the meaning of “joining together” and “shortening”. No one ever said English was a cut and dry language.

All of that said, the complaints lobbed against Word Chums’ dictionary are not without good reason. The Scrabble dictionary has always been a confusing place, even for the experts that have memorized the whole thing. As such, please keep in mind that Word Chums is still very much an active game. The developers are modern people looking to add modern terms as you read this. 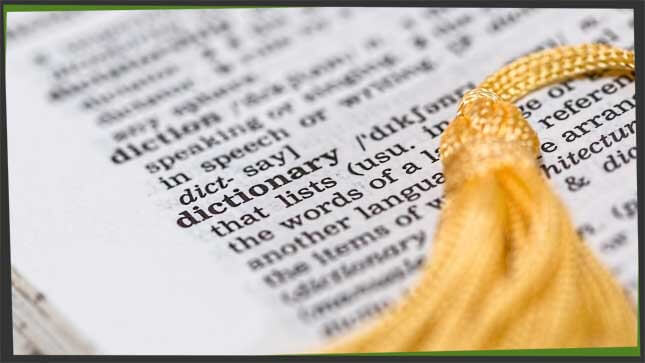