The most ancient and also most basic word games to play with friends are surely either Dialogue® or Soliloquy™, the latter requiring a friend conjured solely from the imagination or, at best, a neutral audience to the speaker’s performance. Mankind, nonetheless, has not only acquired the faculty of speech, but has also developed a strong and joyful affinity for word play.

Word Games to Play with Friends

Educational word games like HANGMAN or “I pack my suitcase and take with me …” help children expand their vocabulary and improve their memory. On a more advanced level of language awareness, word association games help to discover different aspects of word meanings. With increasing experience and age, the games become more elaborate. This includes using words such as anagrams or, on an expert level, palindromes. No matter the level of difficulty, playing triggers our creativity and interacting creatively is twice as good at doing so. One of the most fun group activities in word games is “guessing”.

Word Games to Play with Friends That Involve Guessing

How’s Yours? – a game for one guesser and a group

Without telling the guesser what it is, the group decides on an item which is then assigned to the guesser. He or she has to find out about the item simply by posing the question “How is yours?” to individuals from the group. These individuals will in turn give a general, not too vague or cryptic answer. It is important that the item be something every member of the group actually owns, so the guesser might find patterns from the clues given.

Shiritori – from ending to beginning

This Japanese word game can be played by two or more players who take turns finding words that begin with the last syllable of the previous word. Depending on their language, players have to agree on whether the words must be chosen from a certain category, like “food” or “non-food”. Also, it might be important to mark certain syllable endings as invalid if they cannot be found at the beginning of any existing words. No word can be used twice.

One person stands in front of a group pantomiming the word that has to be guessed by the group. No props, no finger-pointing, no talk.

Considered to be the ultimate ice-breaker at parties, the game of Taboo has all too often proven to be a source of fun and quarrelling. Two or more teams compete against one another in different rounds. The goal is to skirt around a word that is the Taboo and has to be guessed by a different team. Not only is it forbidden to use the word itself for obvious reasons, but there is also a time limit in which to describe or draw the word without using a separate set of specified words. “But that’s what I’ve been saying the whole time” is a phrase often heard at the end of each round. If played at a New Year’s Eve party with alcoholic beverages being served, the game can also get very noisy, especially during a heat-of-the-moment argument about who exactly said what. It has been more than once that the author of this article has witnessed the total and utter decline of western civilization in just a few rounds of Taboo. 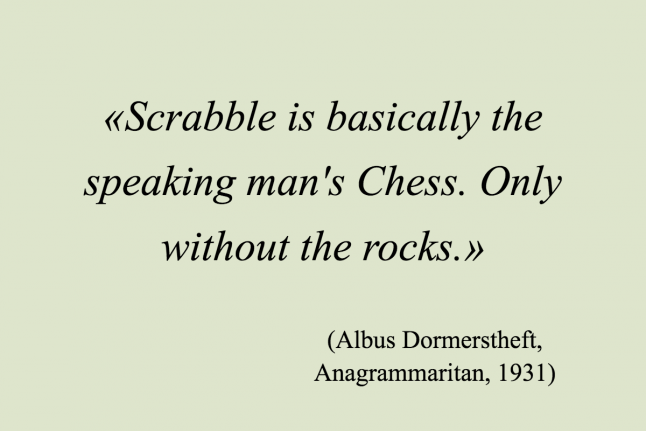