At the end of every year, the folks responsible for building and maintaining the Oxford Dictionary compile data from various sources. In doing so, they arrive at the one word that was used the most and best describes the events of the year; the Word of the Year. 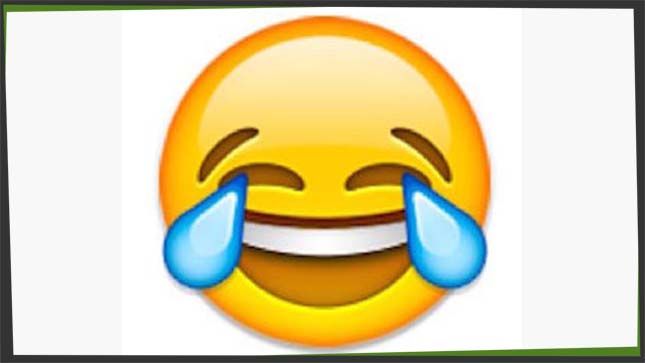 How They Find the Word of the Year

Nonetheless, the point of the word of the year is to jam the feel and events of the year into one simple word. To do this with some degree of accuracy, Oxford Dictionaries and Oxford Corpus record around 150 million English words from web-based publications every month (including social medias like Twitter).

After that, Oxford Dictionaries’ lexicographers sort out the newly created words emerging from within our ever-evolving language. The company’s dictionary editors also flag whatever words are evolving in meaning and being used the most throughout the year. Of course, Oxford Dictionaries takes suggestions from its fans on social media and from comments on the various blogs the company maintains.

Towards the end of the year, Oxford Dictionaries takes a look at this wealth of information and selects the appropriate word of the year.

In the end, Oxford Dictionaries chose the word “toxic” for 2018.

The choice certainly speaks volumes as a descriptor for this last year. Not only does “toxic” fully encompass the events and ethos of 2018, but the word also goes a long way in implying how people feel about the year.

But how did the word “toxic” get so popular? Well, apparently we’ve used the word frequently enough to describe everything from actual toxic waste to the more metaphorical toxic feelings. The words that were used most often in association with “toxic” were “chemical”, “masculinity”, “substance”, “gas”, “environment”, “relationship”, “culture”, “waste”, “algae”, and finally, “air”.

“Toxic chemical” was a phrase often used in the reports regarding the Novichok poisoning of former Russian spy Sergei Skripal and his daughter Yulia Skripal. The investigation lasted the majority of the year, beginning when the Skripals were found on February 27 until one of the last reports was updated September 5, 2018. It was reported that the investigation took so long, because the police were intensely cautious as they assessed the toxicity of the areas the Skripals had visited the day they were poisoned.

After that, the investigation was slowed by the Russian government’s stark and constant denial. In the end, there wasn’t much the UK could do besides ensure that the two Russian agents responsible were properly prevented from entering European borders. Furthermore, the EU and USA expelled their Russian diplomats, an action that continues to feed into the suspicion that the poisoning was approved by the Russian government.

With the advent of the #MeToo movement and a variety of events shining a spotlight on sexual harassment and rape, people have been trying to explain the why and how. Psychologists, sociologists, activists, and many more have contributed to discussions providing answers regarding the norms and nuances of masculinity and how it contributes to the current problem. 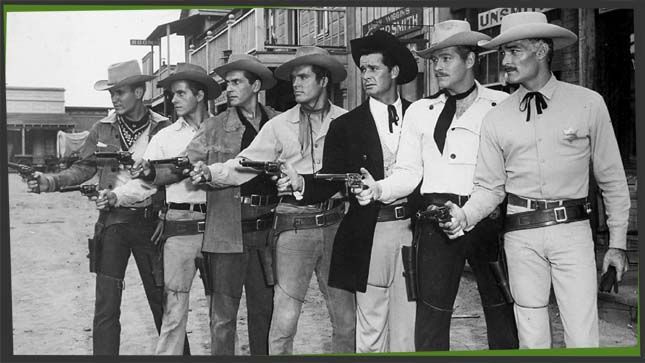 One ongoing theory is that masculinity is intensely toxic, to the point where acts that are now considered crimes like rape or domestic abuse are seen as normal and justifiable acts. “Boys will be boys”, as it were.

Following the Novichok poisoning, many reports began discussing the nature of Novichok and other toxic substances used today. Novichok was popular during the Cold War and is termed a nerve agent, something that starts out as a liquid and evaporates quickly into a toxic gas. Other poisons included VX, used in 2017 to kill Kim Jong Nam, and Sarin gas, used in the Syrian civil war. 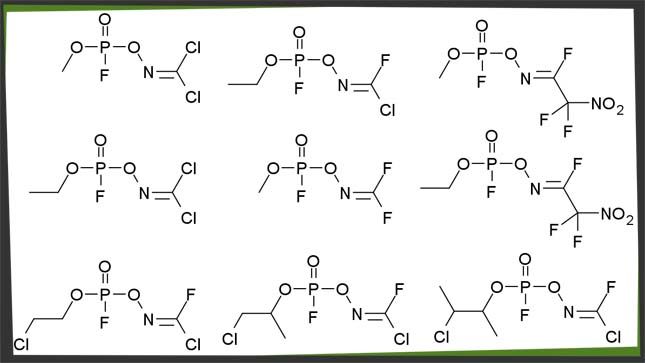 As mentioned above, quite a few poisons are applied in gas form these days. “Toxic gas” was simply another term used in 2018 to describe the substances used in reports referring to various events during 2018 like the Novichok poisoning and Hurricane Florence.

“Toxic environment” was used in 2018 largely to refer to the condition of workplaces. With the rise in sexual harassment awareness, toxic workplaces were one of the first places to see huge impacts.

For example, Google employees around the world walked out in a huge demonstration of protest against their working conditions, citing years of sexual harassment cases swept under the legal rug.

Or the Speaker of the British House of Commons, John Bercow, slandered by accusations of bullying and abuse of power. 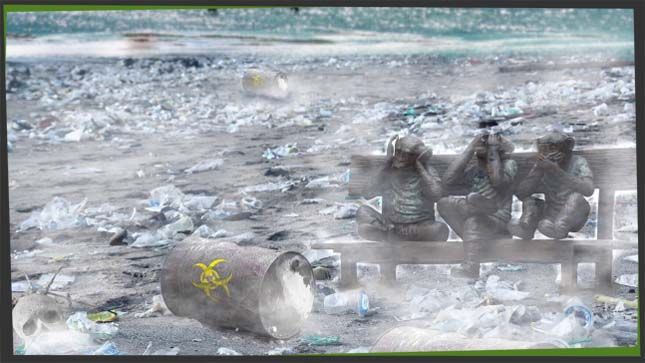 Just as the #MeToo movement and toxic work environments brought sexual harassment issues to light, folks began to connect the latter to their own relationships.

Discussion around toxic masculinity had many people turning to those closest to them and asking questions. It turns out that the ingredients for a toxic relationship often have everything to do with toxic masculinity in its most extreme form.

We Believe: The Best Men Can Be | Gillette (Short Film)

Again, with the rise in sexual harassment and toxic masculinity awareness, our own culture has come under scrutiny. Depending on your reaction to the movements and events of 2018, there might be quite a few norms and mores that are more toxic than you ever imagined.

For example, cat-calling has been a hotly debated topic. One side simply wants it to stop, the other side doesn’t see what the problem is, and some want laws passed to prevent it, etc. The issue gets more and more complicated as more perspectives and evidence comes to light.

Not only did September encompass the final conclusion of the Novichok poisoning investigation, it was also the most active time for Hurricane Florence reports. Warnings flooded American news stations from as far away as the International Space Station, showing US citizens the scope of the destructive hurricane.

Though Florence certainly isn’t the largest hurricane in history (or the most intense), it struck a large part of the US coast for a full three days. The damage it caused was not limited to housing either, since Hurricane Florence brought to light the problems with toxic waste and animal manure disposal.

More specifically, the coal and ash site of Duke Energy Corp. was in the process of cleaning up and the manure lagoons farmers’ use also needed attention. Before the hurricane hit, Duke and the farmers expressed their concern over the amount of rainfall Florence would bring. Manure lagoons, being manure stored in the ground rather than sealed off cement areas, are highly prone to flooding and contaminating the local drinking water.

The most popular toxic algae story came out of the United States, featuring the algae blooms in Lake Okeechobee flowing into Florida’s coast. The toxic blooms were created by run-off water contaminated by fertilizer.

That said, I did have personal experience with toxic algae blooms over in Canada. It was blue-green algae, a completely natural phenomenon occurring during particularly temperate summers. For anyone that hasn’t experienced it, I can assure you it is beyond nasty. “Toxic” certainly describes the smell and its effects on the human body if breathed for too long.

In October 2018, the World Health Organization came out with a report that shocked the world. According to a study done by Chief Medical Officer Professor Sally Davies, our children are already being affected by the increasing problem of air pollution – now termed “toxic air.” The study showed that children living with toxic air are affected neurologically, acquire respiratory problems, and are diagnosed with cancer at higher rates. If this is left untreated, it frequently results in death. 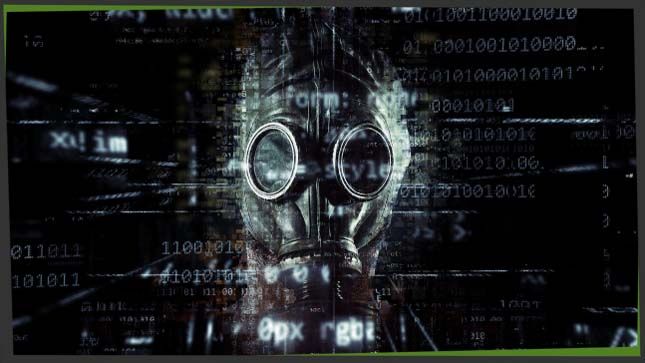 Needless to say, a lot happened in 2018 and not all of it was good. Hopefully 2019 will be significantly better and we can look forward to a year rife with celebration and relief – an optimistic statement at best, but it is nonetheless important to hold on to hope as toxicity permeates our lives.

titlepic. and pic. 1, 2, 4 and 5 via getstencil by 1337 UGC GmbH
pic. 3 – examples for the structure of novichok – Meodipt, Public domain via Wikimedia Commons; https://commons.wikimedia.org/wiki/File:Novichok_examples.png

More like this
National Grammar Day and How to Celebrate It
Towel Day - Celebrate the best Pieces of Fabric in the whole Galaxy!