Home » Word Lists » The Word of the Year from UK, Australia and the United States

The way we talk is changing all the time, with hundreds of new words arriving to English dictionaries every year. With the advent of the internet and truly real-time communications online, the boundaries between dialects and languages has blurred even further. A new word or phrase that might have taken years to catch on and travel can now be shared with the world in an instant. With so many words arriving into common usage each year, it’s down to the officials to decide just what makes the cut and what doesn’t.

The United States, the United Kingdom and Australia all have their own dictionary bodies monitoring words, acknowledging the most popular annually and finding the Words of the Year in their countries. We give an overview about the societies and the different Words of the Year.

One of the oldest societies of its kind, the American Dialect Society set the trend for Word of the Year lists and contests in English speaking countries.
The society started recognizing the most popular words in American English annually in 1990 and since then have gone extended to include words from specific categories. Often acknowledging some of the more unusual words emerging in American English, the awarding body has served as a reflection of how language has changed with the advent of information technology and online and often indoctrinates brand new words and phrases into the English language.

The American Dialect Society showed us that the millennium was a cause for concern for most. In the late 1990’s, both Y2K and MILLENNIUM BUG landed the top spot for most popular word, although thankfully neither seemed to cause the world an actual problem come the turn of the century.

In 2006, Pluto, everyone’s favorite, was stripped of its planetary status by the International Astronomical Union and people were not happy. The term “PLUTOED” came into prominence shortly after, a new word to acknowledge the act of significant demotion. 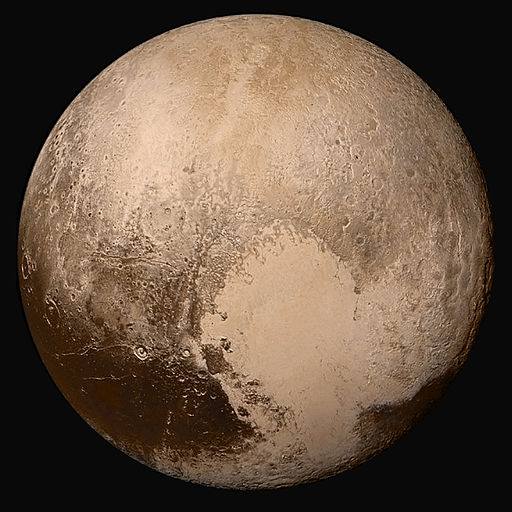 All American Dialect Society Word of the Year from 1990

Merriam-Webster – big society, bleak outlooks for a Word of the Year

Merriam-Webster first joined in the word of the year game in 2003. The American dictionary giant have been publishing ten word lists of the most popular entrants to the English language annually ever since. Merriam-Webster originally selected words for its lists based on searches of its own word dictionaries before switching to public polls in 2006. More recently, the popular American English dictionary has returned to its roots, identifying words of the year based on searches and hits to its site.

People are growing more politically aware and that’s no more evident than looking at Merriam-Webster’s annual word lists. The century started off on a positive note, with DEMOCRACY marked the most popular word of 2003. By 2010, it people’s searches took on a bleaker tone. AUSTERITY came in at number one of the most searched for terms in Merriam-Webster’s online dictionary, while PRAGMATIC took the top spot twelve months later.

Oxford English Dictionary – The same story either side of the Pond

The Oxford English Dictionary relies on committee to decide its word of the year announcements for both its UK English and US English dictionaries. The shortlist and eventual winner are hand-picked by a diverse panel of editorial staff, marketing and public relations experts, lexicographers and industry leading consultants. One of the more popular words of the year for English speaking countries institutions, the Oxford
English Dictionary meticulously picks their winner for English word of the year, with some of the most popular words crowned first either side of the Atlantic.

Money troubles and the financial crisis were at the forefront of everybody’s mind in 2011, with SQUEEZED MIDDLE crowned number one word in both the UK and US by Oxford English Dictionary. The term, used to refer to the once comfortable lower middle classes affected by the credit crunch, highlights a continuing trends of wage rises simply not meeting the rise of inflation for middle income earners. The signs for growing financial woes were there as early as 2008, with CREDIT CRUNCH coming first in the UK’s annual word list for the most commonly used additions to the English language. But despite the doom and gloom, both Americans and Brits started talking more about the environment as the twenty-first century got into gear. In the States, CARBON-NEUTRAL ranked the most popular new word in 2006, while across the pond, CARBON FOOTPRINT blazed to number one a year later.

English Word of the Year down under

The Macquarie Dictionary, the main online dictionary for Australian English, is one of the most up-to-date references of its kind and. Just like its American and British English cousins, the Macquarie Dictionary compiles an annual list of the ten most popular words added to its lists that year. The editors shortlist a selection of the most popular new words, with votes opening to the public every January. The word with the highest votes is crowned the People’s Choice, while a select committee cast a second vote to decide on the most influential new word added to the Australian English language in the preceding twelve months.

Just like the States and the United Kingdom, Australia’s annual word choices showcase an increasing interest in world affairs and a growing environmental conscience. Early signs of the emerging financial crisis of last decade filtered into everyday Australian English, with the Macquarie Dictionary committee crowning TOXIC DEBT its number one Word of the Year in 2008. In 2011, the People’s Choice Australian English Word of the Year went to FRACKING, the controversial natural gas extraction technique. Nerves seemed to have calmed all round by 2013, with ONESIE making its way to first place in the public vote.

People`s Choice Word of the Year from the Macquarie Dictionary

More like this
Playing Scrabble at the 8th Israeli Open in Tiberias
Playing Scrabble Online? Without This Scrabble App!
Tongue Twisters Twist: Let’s Twist Again
Three Letter Words in Words with Friends and Your Daily Life