Some of you might think that Scrabble has a lot to do with memorizing words and especially with mathematics. That`s right of course, but even non-English-speaking persons can improve their knowledge by playing Scrabble. Anyway, that’s what Peggy Fehily thinks.

Peggy is a German-American woman who has a café called Cornwall – The Tearoom in Bad Wimpfen at the river Neckar near Heilbronn in Germany. She plays Scrabble in English and takes part in international tournaments, such as the Israeli Open. Peggy organizes the German Open Championship in Berlin too.

Her idea is to establish an Open Scrabble House in her tearoom for everyone who wants to learn English and Scrabble all at one time. The Open House will start on the 13th of May. “Playing Scrabble on the international level is great for practicing social English”, she said. Of course, she hopes to find more people who want to play English Scrabble tournaments in Germany. 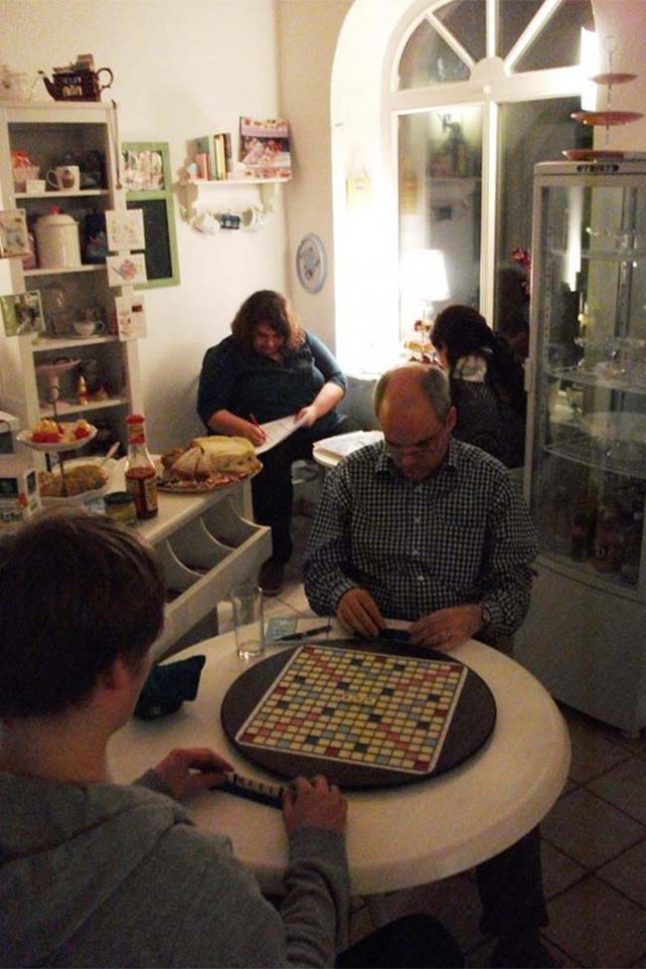 In 2013 the participants of the 2nd German Open played some friendly games in Peggys Tearoom the evening before and had a carrot cake bake off.

Lern more about the international Scrabble scene with our articles on word-grabber.com. Our writers love word games like Scrabble and wants to entertain you with good informations about the game.

More like this
Playing Scrabble in Malta: The Malta International Scrabble Open 2017
Young Scrabble Champion Criticizes the Promotion of the Game in UK