Jumble Words is a word puzzle game developed by Deskup Inc. and seems to be the company’s first foray into mobile games. As such, Jumble Words is understandably simple, but there are few hiccups that bring this game down. Jumble Words is like a word search without the word list and contains 48 levels thus far.

The player is presented with a board of jumbled letters and is expected to select letters to form words without any instruction whatsoever. The letters must be next to each other to be used and any direction is allowed, save for diagonal.

To find the right words use our Word Unscrambler on word-grabber.com!

The lack of clues or word list would be fine if the words the player is supposed to find were not so specific. This extreme specificity is what Jumble Words exchanges for actual difficulty. There were so many instances where I had found the correct word, but there were at least two or three different ways to select it.

What occurred the most and what made Jumble Words so frustrating though, was when I would find words that were not on the invisible list. You don’t even get points for finding bonus words; the game just presents the player with an error message. It is one thing to have made a game that does not allow player autonomy (i.e. rewards for bonus words), it is quite another to outright tell the player they are wrong when they have no way of knowing what is “right” without guesswork.

Frankly, there are better ways to increase the difficulty in a word puzzle game like Jumble Words without making it too easy or throwing the rules out the window. Jumble Words already employs such tactics, while also increasing how specific the selected word needs to be. Again, removing any player autonomy to figure it out themselves without more and more guesswork. 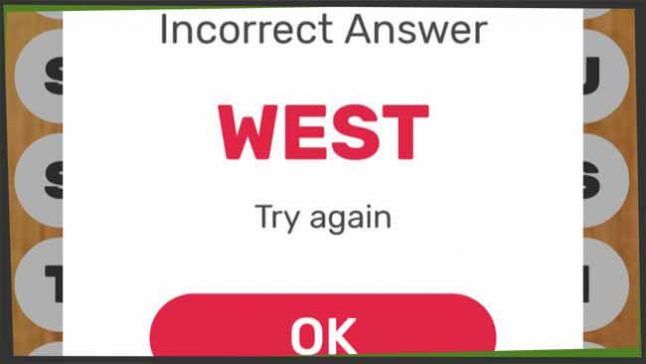 Despite everything else about Jumble Words, I can say that the lack of ads is very refreshing. There are absolutely no ads and no pop-ups for microtransactions unless you click on it yourself. The only thing Jumble Words insists on is a prompt to rate the game, regardless of whether or not you’ve done it already. The prompt will appear at the beginning of each new game and level, as well as when you switch apps.

To best describe the graphics of Jumble Words, one must turn back time to the early 2000s. When the internet was young, and building a website took a bit more than a passing knowledge of HTML. When putting together text, images, and color was the height of personal website building.

Deskup reflects that period in bold text at the top of the title page, reading “about”, “sound on/off”, and “levels”. Each are in a standard font, underlined, and colored green, blue, and red. The background does not help this first impression, as it is nothing more than a very pixelated picture of a wood floor.

Luckily, Deskup redeems themselves by having made a somewhat more unique font for the title of the game, though it is not the logo presented on the app icon. The latter fact is certainly an opportunity missed. The play button is in the same font and the text is colored in an attempt to match the background without actually being transparent. 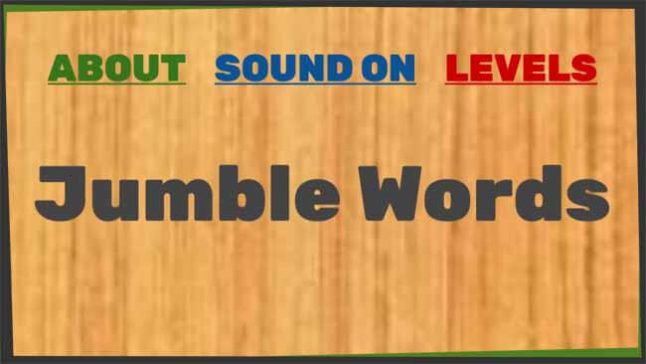 The board itself is not much more modern than early solitaire games. The pixelated background remains just as wooden as before and the text on the playing board is the exact same font as the “logo” text on the title page. The playing board is as simple as simple can be – black letters in white circles, a hint button at the bottom in bright green, and text and icons at the top colored in a flat grey. Nothing here has a hint of shadow or light to add depth and dimension.

Furthermore, the two screens described are it. Beyond that is the “win” screen, which is not worth mentioning since it is only white with grey and red text. No animation, no depth, nothing. Nothing changes either, no amount of achievement changes the graphics whatsoever.

As off-putting as the graphics are, I would like to make it clear that the quality of graphics in a game should not matter. Some developers simply don’t have the budget to create more complex or custom images and animations. Unfortunately for Jumble Words, even if we ignore the graphics, it is the gameplay that drags this game down.

You might be wondering, why is there only one button to turn the sound off or on? Well, that’s because Jumble Words does not have game music, only selection sounds. As they are the only sound Jumble Words has, it is difficult to truly judge them. They are not particularly crisp, high-pitched, or annoying in anyway – they simply are. As someone who normally plays mobile games on silent, it wasn’t at all bothersome to ignore the audio. As such, I find it unfair to pass any kind of verdict on the audio of Jumble Words.

If you can ignore the old-school graphics and annoyingly specific gameplay, then Jumble Words is a simple word puzzle game with very little to distinguish it from others on the market. If that is the case for you, perhaps it is a good 48 levels for you to burn through before going on to the next game. If not, then Jumble Words stops being fun the moment the player is not rewarded for finding words missing from the invisible list and not given any clues as to what words are on that list. 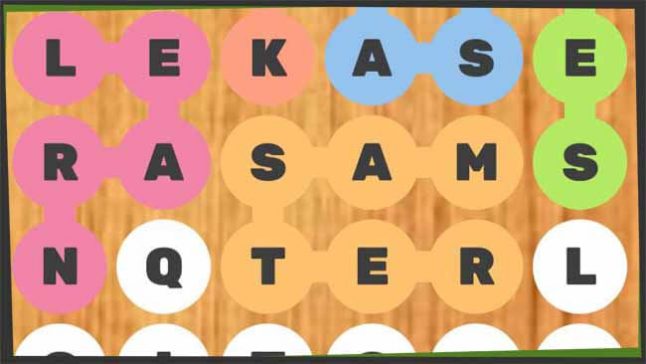 All picture – Screenshot from the game app Jumble Words